Informational visitors guide to Connecticut boat rentals, jet skis, water sports, ATV, fishing, and tour guide companies servicing the state with high quality rentals and adventures.   This state is located in the New England region of the northeastern United States.  It is bordered by Rhode Island to the east, Massachusetts to the north, and the state of New York to the west and the south and shares a water boundary in Long Island Sound.  Connecticut is named for the Connecticut River, a major river that approximately bisects the state.  Its capital city is Hartford.

Enjoy the fun which this state has to offer by enjoying the ocean, trails, camping, exploring, wakeboarding, RV rentals and many more activities for the entire family.  Much of southern and western Connecticut along with the majority of the state's population is part of the New York metropolitan area; three of Connecticut's eight counties are statistically included in the New York City combined statistical area, the same area is widely referred to as the Tri-State area.  Connecticut's center of population is in Cheshire, New Haven County, which is also located within the Tri-State area. 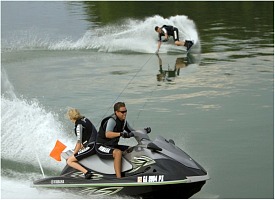 A little unique facts about the state is Connecticut has the 3rd least extensive, the 29th most populous and 4th most densely populated of the 50 United States.  The jurisdiction of New York actually extends east at Fishers Island, where New York shares a sea border with Rhode Island dividing Narragansett Bay.  Although Connecticut has easy access to the Atlantic, between Long Island Sound and Block Island Sound, Connecticut has no direct ocean coast. The state capital and third largest city is Hartford, and other major cities and towns (by population) include Bridgeport, New Haven, Stamford, Waterbury, Norwalk, Danbury, New Britain, Greenwich and Bristol.

Invert Sports does not have a location in Connecticut as of now; but does offer transportation services to an elite clientele in the state who want the best watercraft services available.  We currently offer advertising on this web page to all other types of rental and tour companies who are located in the state.  Check out the opportunities of a contract franchise.