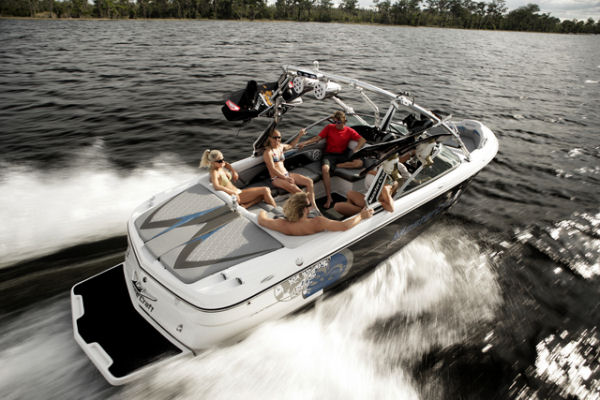 Information on Whiskeytown Lake boat rentals, water sports, and boat tour services.  This lake is sometimes called Schuyler Reservoir which is located in Shasta County in northwestern California about 8 miles west of Redding, CA.  The lake is in the Whiskeytown Unit of the Whiskeytown-Shasta-Trinity National Recreation Area and amazing park offering all types of winter and summer recreational activities.  There are also water sports activities available at the lake, including camping, wakeboarding, tubing, kneeboarding, wakesurfing, swimming, boating, water skiing and fishing.

You cannot use personal water craft at the lake they have been banned.  Fishing opportunities include rainbow and brown trout; largemouth, smallmouth, and spotted bass; and kokanee salmon.  Whiskeytown is favored by locals because of the 30-foot visibility of its waters, and wildlife that surround the lake to enjoy by all.  Some of the animals include black bears, mountain lions, blacktail deer, turtles and raccoons, among other wildlife.  It is mandated that the lake be at full capacity by Memorial Day, and remain full until Labor Day.