Official visitors guide to Missouri boat rentals, jet skis, ATV, fishing, RV, hunting, and outdoor adventure tour companies who offer their services in the state.  Missouri's geography is highly varied and creates a nice destination for all types of recreation for all outdoor enthusiast.  The northern part of the state lies in dissected till plains while the southern part lies in the Ozark Mountains, with the Missouri River dividing the two.  Many visitors and locals love the beauty and diversity of the state where you can enjoy all type of outdoor recreation for family gathering or company business trips.  Some of these activities include boating, waverunners, hiking, camping, hunting, water sports, motorsports, and many more. 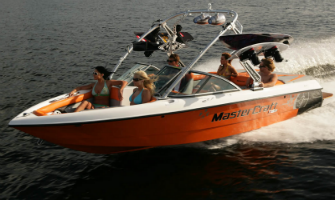 The state lies at the intersection of the three greatest rivers of North America, with the confluence of the Mississippi and Missouri Rivers near St. Louis, and the confluence of the Ohio River with the Mississippi north of the Bootheel.  The starting points of the Pony Express Trail and Oregon Trail were both in Missouri.  Some fun facts about Missouri is nicknamed The Show Me State; is located in the Midwestern United States.  Missouri comprises 114 counties and the independent city of St. Louis.  The four largest urban areas are St. Louis, Kansas City, Springfield, and Columbia.  Missouri's capital is Jefferson City.  The land that is now Missouri was acquired from France as part of the Louisiana Purchase and became known as the Missouri Territory.

Missouri borders eight different states, as does its neighbor, Tennessee.  Missouri is bounded on the north by Iowa; on the east, across the Mississippi River, by Illinois, Kentucky, and Tennessee; on the south by Arkansas; and on the west by Oklahoma, Kansas, and Nebraska.  The two largest Missouri rivers are the Mississippi, which defines the eastern boundary of the state, and the Missouri River, which flows from west to east through the state, essentially connecting the two largest metros, Kansas City and St. Louis.

Invert Sports does not have a location in Missouri as of now; but does offer transportation services to an elite clientele in the state who want the best watercraft services available.  We currently offer advertising on this web page to all other types of rental and tour companies who are located in the state.  Check out the opportunities of a contract franchise.