Information visitor guide to Virginia boat rentals, jet ski, ATV, fishing, RV, hunting, and outdoor adventure tour companies offering their recreational services in the state.  Virginia has a large area of square miles within the state, including 3,185 square miles of water, making it the 35th-largest state by area and a wide variety of outdoor sports available to all ages.  Virginia is bordered by Maryland and Washington, D.C. to the north and east; by the Atlantic Ocean to the east; by North Carolina and Tennessee to the south; by Kentucky to the west; and by West Virginia to the north and west.  Many of Virginia's rivers flow into the Chesapeake Bay, including the Potomac, Rappahannock, York, and James, which create three peninsulas in the bay and many boating activities are popular for tourist and locals. 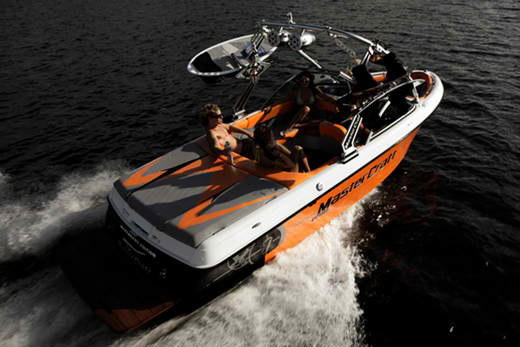 The climate of Virginia becomes increasingly warmer and more humid farther south and east.  Seasonal extremes vary from average lows of 26 Â°F in January to average highs of 86 Â°F (30 Â°C) in July.   Forests cover over 60% of the state, primarily with deciduous, broad leaf trees.  Because of this there are many camp sites, state parks, and national parks for hunters and explorers to enjoy the outdoors.  Walleye, brook trout, Roanoke bass, and blue catfish are among the 210 known species of freshwater fish which anglers love to catch year round.  Running brooks with rocky bottoms are often inhabited by a plentiful amounts of crayfish and salamanders.  The Chesapeake Bay is host to many species, including blue crabs, clams, oysters, and rockfish.  Virginia has 30 National Park Service units, such as Great Falls Park and the Appalachian Trail, and one national park, the Shenandoah National Park.  Additionally, there are 34 Virginia state parks and 17 state forests, run by the Department of Conservation and Recreation and the Department of Forestry.

Many counties and localities host county fairs and festivals which are enjoyable with friends, family or business outings.  The Virginia State Fair is held at the Meadow Event Park every September which draws large crowds from around the world.  Also in September is the Neptune Festival in Virginia Beach, which celebrates the city, the waterfront, and regional artists. Norfolk's Harborfest, in June, features boat racing and air shows.  Fairfax County also sponsors Celebrate Fairfax! with popular and traditional music performances.  The Virginia Lake Festival is held during the third weekend in July in Clarksville.  Wolf Trap hosts the Wolf Trap Opera Company, which produces an opera festival every summer.  Each September, Bay Days celebrates the Chesapeake Bay as well as Hampton's 400 year history since 1610, and Isle of Wight County holds a County Fair on the second week of September as well.  Both feature live music performances, and other unique events.

Invert Sports does not have a location in Virginia as of now; but does offer transportation services to an elite clientele in the state who want the best watercraft services available.  We currently offer advertising on this web page to all other types of rental and tour companies who are located in the state.  Check out the opportunities of a contract franchise.