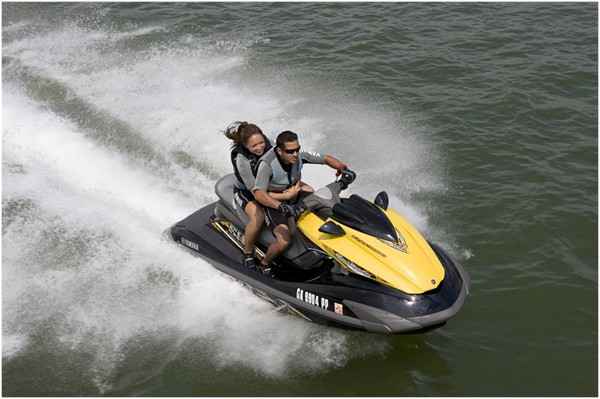 Visitor guide to Topaz Lake boat rentals, jet skis, water sports, and lake tour services at this reservoir located on the California-Nevada border, about 75 miles south of Reno, NV.  The lake was formed by diverting waters from the West Walker River into a nearby basin that had previously contained a smaller, natural lake.  Topaz Lake is a relatively large with 2,410 acres surface, a length of 3.5 miles, with a width of 1.5 miles and maximum depth of 92 feet.

Topaz Lake is popular for boaters, wakeboarders, wakesurfing, tubing, flyboarding, watercraft, water-skiers, campers, and fishermen.  Fishing season runs from January 1 to September 30, and the lake is stocked with trout.  The lake is easily reachable by U.S. Route 395.  On the northwest shore of the lake is the Topaz Lodge and landing, and a residential area and Route 395 passes by the west side of the lake at the California-Nevada state line.