Informational visitor guide for Tennessee boat rentals, jet skis, ATV, fishing, RV, hunting, and outdoor adventure companies offering their activities in the state.  Tennessee is bordered by Kentucky and Virginia to the north, North Carolina to the east, Georgia, Alabama, and Mississippi to the south, and Arkansas and Missouri to the west.  The Appalachian Mountains dominate the eastern part of the state where many recreational sports are enjoyed by visitors and locals.  Some of these activities include; boating, hiking, rock climbing, fishing charters, mountain biking, and camping.  The Mississippi River forms the state's western border.  Tennessee's capital and second largest city is Nashville, which has a population of 609,644.  Memphis is the state's largest city and well traveled by people from around the world. 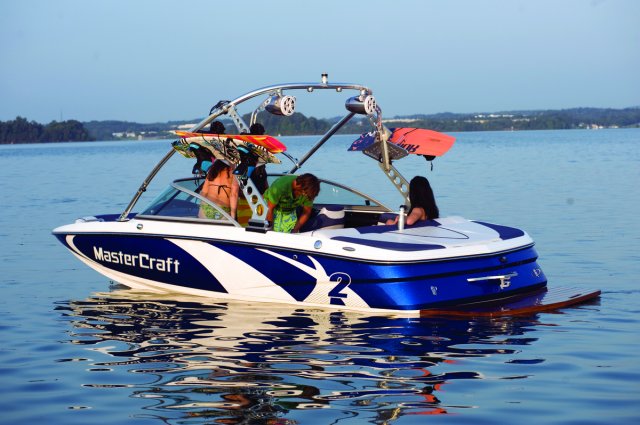 Tennessee features six principal physiographic regions: the Blue Ridge, the Appalachian Ridge and Valley Region, the Cumberland Plateau, the Highland Rim, the Nashville Basin, and the Gulf Coastal Plain.  Tennessee is home to the most caves in the United States, with over 8,350 caves registered to date where many people go spelunking and exploring.  Summers in the state are generally hot and humid, with most of the state averaging a high of around 90 Â°F during the summer months.  Winters tend to be mild to cool, increasing in coolness at higher elevations.  Generally, for areas outside the highest mountains, the average overnight lows are near freezing for most of the state.

The Blue Ridge area lies on the eastern edge of Tennessee, bordering North Carolina.  This region of Tennessee is characterized by the high mountains and rugged terrain of the western Blue Ridge Mountains, which are subdivided into several subranges, namely the Great Smoky Mountains, the Bald Mountains, the Unicoi Mountains, the Unaka Mountains and Roan Highlands, and the Iron Mountains.  This area is well know for hunting all types of game.  West of the Cumberland Plateau is the Highland Rim, an elevated plain that surrounds the Nashville Basin.  The Nashville Basin is characterized by rich, fertile farm country and great diversity of natural wildlife.  West of the Highland Rim and Nashville Basin is the Gulf Coastal Plain, which includes the Mississippi embayment.  The Gulf Coastal Plain is, in terms of area, the predominant land region in Tennessee.  It is part of the large geographic land area that begins at the Gulf of Mexico and extends north into southern Illinois.  In Tennessee, the Gulf Coastal Plain is divided into three sections that extend from the Tennessee River in the east to the Mississippi River in the west.

Invert Sports does not have a location in Tennessee as of now; but does offer transportation services to an elite clientele in the state who want the best watercraft services available.  We currently offer advertising on this web page to all other types of rental and tour companies who are located in the state.  Check out the opportunities of a contract franchise.